How to Prevent Infesting your House with Bed Bugs.

I would not be surprised if many Pest Control Technicians (PCO) change their clothes after treating a heavily bed bug infested area.
I have had this happening on a few occasions over the past years as well.  In this particular case, I was conducting a K9 bed bug inspection of a homeless shelter.  At first, the dogs did not seem to work.  They behaved in an un-usual way and I finally convinced them to do their job.  Malamar, after a bit of coaxing, suddenly alerted frantically all over the place and then looked puzzled at me.  As if to say, it’s all over the place, duh!  She ended her frantic behavior by hitting her paw on a hole in an armchair near the bed.
So, I decided to crate her and conduct a visual investigation.  I headed toward the armchair and pressed with my finger on the hole of its arm.  I jumped back in horror as bed bugs scurried out of that hole.  Then I lifted up the bed cover and sure enough, bed bugs in all phases were scurrying away from the disturbance.
I had located the crates in the hallway and so decided to cursory-check the other rooms.  I had noticed that Nicki in this other room she had inspected behaved so cautiously in this room, carefully and almost tactfully positioning her paws as she walked through that room.  She also had her body in a ‘dog-hunting’ position with snout pointing forward and her tail in a stiff horizontal position, unlike that of a beagle’s.  This, when she approached the bed.  Again, after crating her, I lifted the bed spread, then the sheet and found bed bugs galore gathered around the handles of the mattress.  Then I flashed light through the planks of the head bed board and coud see the cracks littered with bed bugs and eggs in all stages.
Tomorrow, I will discuss the precautions I took in order to avoid bringing bed bugs in my office and home.  This approach would apply to anyone traveling or having been exposed to bed bugs. 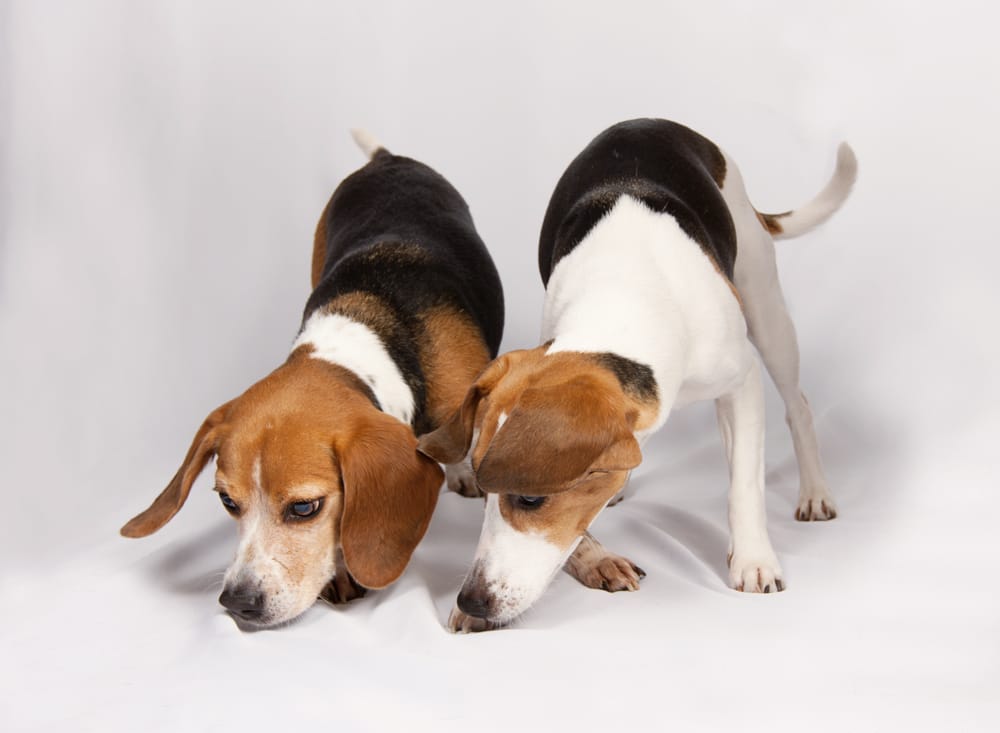